The importance of web visual experience

The significance of the web visual experience

In recent years, the way people consume online content has become increasingly visual. Today, the web visual experience on a website or app has a direct effect on the conversion rate. New Age… END_OF_DOCUMENT_TOKEN_TO_BE_REPLACED

Your business website is the “go-to” source of information about your business—and it needs to stay open 24 hours a day. Learn how to come up with winning website design, one that attracts… END_OF_DOCUMENT_TOKEN_TO_BE_REPLACED

How to research your web keywords

How to research your web keywords

Ranking for the right web keywords can make or break your website, meaning research is absolutely vital. By researching your market’s keyword demand you can not only learn which terms and phrases to target… END_OF_DOCUMENT_TOKEN_TO_BE_REPLACED

How do you find the right agency or website designer to help build your website? Start by looking at these six factors.

1. Do they take the time to understand your industry… END_OF_DOCUMENT_TOKEN_TO_BE_REPLACED

Before building your e-commerce site, you have to step back and create your e-commerce marketing strategy by answering a few basic questions. Perhaps the most important question is why your customers should choose you over… END_OF_DOCUMENT_TOKEN_TO_BE_REPLACED

HTML meta tags and meta tags are very similar and serve the same purpose – to provide search engines with information about a webpage. As Google’s ranking is made up of 200 or more components, or ‘ranking signals’, these… END_OF_DOCUMENT_TOKEN_TO_BE_REPLACED

Web of pages for web of experiences

From a Web of Pages to a Web of Experiences

We’re in a major period of transition, as our Web of pages shifts to become a Web of experiences. The “last millisecond” and the behaviors it triggers have become less… END_OF_DOCUMENT_TOKEN_TO_BE_REPLACED

How to research your website keywords for a successful online presence

Ranking for the right website keywords can make or break your website, meaning research is absolutely vital. By researching your market’s keyword demand you can not only learn which terms and phrases to… END_OF_DOCUMENT_TOKEN_TO_BE_REPLACED

Building a Strong Network for Websites

Building a Strong Network for Websites

The success of a company’s website depends on a reliable network. Here are tips for making sure you build a network that provides a stable web environment to meet business needs. – Network for Websites… END_OF_DOCUMENT_TOKEN_TO_BE_REPLACED

Progressive web apps drive the mobile development of the future 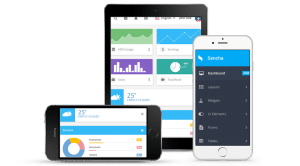 s to take advantage of this trend in mobile app dev. A lack of Apple support stands in the way for some. As performance and user experience become essential to the success of an enterprise mobile app, progressive web apps gain interest — and may eventually become the future standard for mobile development.

“If you’re building a web app today, it should be a PWA,” said Michael Facemire, vice president and principal analyst at Forrester Research in Cambridge, Mass. “There’s really no reason not to.”

PWAs run on the web but can take advantage of native mobile device features, such as appearing on the home screen and sending push notifications. Google supports PWAs for use on Android device browsers, but Apple does not yet support them for its proprietary browser, Safari, on iPhones or iPads. PWAs differ from hybrid web apps in that they are typically not available for download through native app stores and are built using only web technologies.

For PWAs on Android, a service worker API caches data as the user browses to enable offline support. Most PWAs also include an application shell architecture that allows for fast loading times, transport layer security, and a web app manifest file that allows the app to be installed on the home screen, according to Google’s checklist of features.

There may be no difference between a PWA and a native app from the end user’s perspective. That’s beneficial for IT departments that already have an app interface their users or customers are comfortable with.

That was a big benefit for Nexercise, a health and wellness platform that is currently building a PWA for Sworkit, a fitness application. The Sworkit app was first developed for Apple iOS and Android, then the web and Apple TV. Since its web and native apps already shared some JavaScript code, it made sense to develop a PWA, said David Frahm, director of growth at Nexercise in Silver Spring, Md., who oversaw Sworkit’s development.

“Visually,  might look pretty much the same as our web app,” Frahm said. “That would be great, because we have a great app, and we don’t want to change all of that. We get to deliver to users wherever they want us to be, as opposed to being limited to the app store.” END_OF_DOCUMENT_TOKEN_TO_BE_REPLACED