Microsoft is moving Windows Server to the same semi-annual feature-update schedule as Windows client and Office 365 ProPlus are now on. Here’s how this will work. 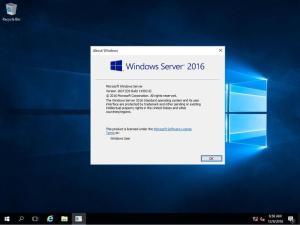 The move to consolidate rollout schedules isn’t surprising, given Windows client and Server Engineering are both under Windows and Devices chief Terry Myerson. As Windows Client and Server are built in tandem, it makes sense for the client and server to be on the same release schedule.

In April, Microsoft announced that the Office 365 ProPlus suite and Windows client would be on the same feature release schedule, starting this September. There will be two new feature releases per year for both products. Microsoft will deliver this Fall the Windows 10 Fall Creators Update and a new version of Office Pro Plus, officials said.

Windows Server Core — the “headless” version of Windows Server which provides the base platform for Azure and Azure Stack — is going to be getting these twice-yearly feature updates.

“Nano Server has always been on an active release cadence and will continue,” a spokesperson said.

Windows Server Standard and Datacenter customers who are covered by Software Assurance will automatically have access to the semi-annual feature releases as they are made available, according to Microsoft’s June 15 announcement. Servers not covered by Software Assurance will not have rights to these more frequent releases. Customers have the option of accessing these more frequently released Windows Server images in Azure and/or other cloud and hosting environments, officials said.

Microsoft is advising business users who want and need stability and predictability more than rapid feature updates to stick with Windows Server 2016, which it is calling its “Long Term Servicing Channel” release.

Microsoft officials previously have said that Windows Server is going to be joining the Insider program. A spokesperson told me today, June 15, that Windows Server “images should start showing up within the next month” for those who join the Server Insider rings.

So far, Microsoft execs haven’t shared much about what will be in the Fall release of Windows Server.

Microsoft is going to adopt the same naming convention as currently used by Windows client and Office regarding servicing. The release is formerly known as “Current Branch” and now known as “Semi-annual Channel (pilot)” will be how Microsoft refers to the version of Windows Server it releases initially. About four months later, Microsoft will designate a version of the latest Windows Server release as “Semi-annual Channel (broad)” — formerly known in the client world as “Current Branch for Business.”

As they can do with Windows Client, administrators can opt to skip completely a new Windows Server feature release, but not two, a company spokesperson confirmed. More details from that spokesperson:

“Customers are not obligated to take the Semi-annual Channel release when it comes out. In fact, they can skip an entire release if they’re so inclined, but they wouldn’t be able to skip two. This is because they’re released each 6 months and supported for 18 months, so by the time n+3 comes out (i.e. you’ve skipped two releases) you’ll be out of the support window on ‘n’.

However, when customers decide that a given workload makes sense to deploy on the Semi-annual Channel (i.e. they want the new technologies on a faster cadence), we anticipate that they’ll want to onboard the new releases each six months and with features like mixed-mode rolling cluster upgrades or containers, these updates can be done much more seamlessly than in the past.”

Microsoft’s official reason for moving to a semi-annual feature update cadence for Windows Server is to provide users with new operating system capabilities more quickly in applications built on containers and microservices, as well as in hybrid data centers.

Contact Musato Technologies today to find how we can assist your business.