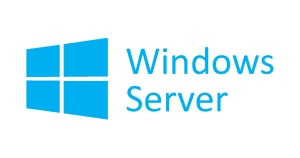 This is the first major release of Windows Server since 2016, and Microsoft is doubling down on features for hybrid cloud deployments. Cloud computing promises operational efficiency and cost optimization, but most big companies are operating hybrid computing environments for a variety of reasons, including compliance issues.

At its Ignite conference last September, Microsoft introduced Project Honolulu, a browser-based management application. Now, the company says that Windows Server 2019 together with Project Honolulu will allow administrators to integrate existing applications and infrastructure with services such as Azure Backup and Azure File Sync. 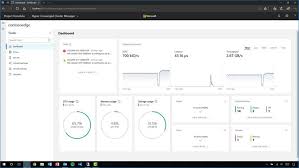 In a nod to the popularity of hyperconverged infrastructure, which merges computer and storage systems, Microsoft noted that with Windows Server 16, it worked with hardware providers on validated HCI designs for customers. It says the next release of the server software it will beef up performance, reliability and the ability to scale for such designs.

Meanwhile, to simplify management of hyperconverged infrastructure, Microsoft is also enabling Project Honolulu to act together with Windows Server 19 as a control dashboard for HCI deployments.

Microsoft is also enhancing Windows Server as an application platform, saying that one goal is to reduce container image size to optimize download and development time and performance. It says it’s shooting to cut the Server Core base container image to a third of its current 5G size.

The company notes that Kubernetes support is now in beta and that Windows Server 19 will enhance compute, storage and networking of Kubernetes clusters.

The company has already offered the ability to run Linux containers side by side with Windows containers on a Windows server, and now with Windows Server 19 will let Linux developers bring scripts to Windows using standard tools like Open SSH, Curl, and Tar.

On the security side, it’s broadening support for Linux: Windows Server Shielded VMs prevent tampering with virtual machines by anyone except for administrators, and Windows Server 19 will extend Shielded Windows to include Linux VMs.

Though Windows Server 19 has the same licensing model as Windows Server 16, the company warns that it is “highly likely” that pricing will increase for Windows Server Access Licensing (CAL). More details will be available closer to general availability. Contact Musato Technologies to learn more about Servers implementation. An article by Marc Ferranti