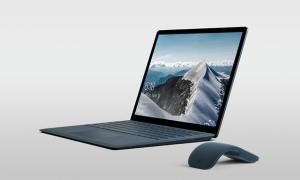 According to Microsoft, the “S” doesn’t stand for anything in particular, but the company says Windows 10 S is streamlined for simplicity, security, and speed. Windows 10 S will boot 15 seconds faster than a comparable machine running Windows 10 Pro with the same profile and apps installed, and it will run as fast on day 1,000 as it does on day one, Microsoft says.

How is it different from Windows 10 Home or Pro?

Which apps will run on Windows 10 S?

Anything downloaded from the Microsoft Windows Store will run on the new operating system, which has thousands of applications available, including free, paid and trial versions of the software. That will soon include the full Microsoft Office suite and Spotify, while Slack, Evernote, Netflix, Facebook, Adobe Photoshop Elements and many others are already available.

Which apps won’t Windows 10 S be able to run?

Any apps that are not currently available in the Windows Store will not be able to be installed or run on Windows 10 S. That includes Apple’s iTunes, Google’s Chrome browser and the full versions of Adobe’s Acrobat, Photoshop and the rest of the Creative Suite – or anything else that’s installed via the traditional Windows 7 or earlier way.

Yes and no. You can play any game that can be installed from the Windows Store, which includes both mobile games and AAA games – mainly from Microsoft’s game studios – such as Forza Horizon 3 and Gears of War 4, plus Call of Duty: Infinite Warfare.

You will not be able to install Valve’s Steam store, EA’s Origin, Blizzard’s Battlenet or any game distributed on disc or download from outside the Windows Store, however, which will severely limit the selection of games available for Windows 10 S.

Which browser will it run?

Windows 10 S will be limited to Microsoft’s Edge browser until other browser makers, including Firefox, Opera, and Google make their browsers available through the Windows Store. While Microsoft says it will not stop them adding their web browsers to the Windows Store, it is not known if or when Google and others will do so.

Windows 10 S will only be available on new machines for the foreseeable future, and won’t be available as a separate version of Windows users can upgrade with or install as with Windows 10 Pro.

When can I get it?

One of the first PCs to ship with Windows 10 S installed will be the new Microsoft Surface Laptop, which will ship to customers in the US on 15 June. Windows 10 S will see wider availability this summer.

How much will the new operating system cost?

Machines running Windows 10 S will be available from a variety of Microsoft’s PC-making partners, with Acer, Asus, Dell, Fujitsu, HP, Samsung, and Toshiba all producing machines, starting at $189 in the US.

How does it compare to Google’s Chromebooks?

Windows 10 S is Microsoft’s answer to the success of Google’s Chromebooks in the education sector. Chromebooks are affordable laptops that run Google’s Chrome OS, which is an operating system built around the search company’s Chrome browser and is limited to web apps and some Android apps.

Windows 10 S, while aimed at the same market, is a fully fledged version of Windows that is limited to apps from the Windows Store, but can accept and use any peripherals or other devices that any other Windows computer can. That should make Windows 10 S much more capable than Chrome OS, but it remains to be seen how well Windows 10 S runs on the cheapest of machines – something at which Chrome OS excels.

How is it different from Windows RT?

Windows 10 S is locked down not for hardware reasons but for security, speed, and efficiency, which Microsoft hopes will help it succeed in the key education market.