The new standard, which was ratified by the IEEE in 2004 as 802.11i, was designed to be backward-compatible with WEP to encourage quick, easy adoption. Network security professionals were able to support WPA on many WEP-based devices with a simple firmware update.

WPA has discrete modes for enterprise users and for personal use. The enterprise mode, WPA-EAP, uses more 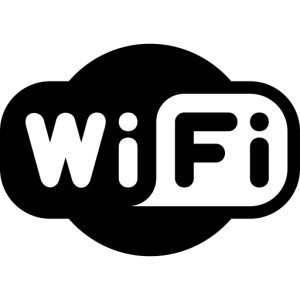 stringent 802.1x authentication with the Extensible Authentication Protocol (EAP). The personal mode, WPA-PSK, uses preshared keys for simpler implementation and management among consumers and small offices. Enterprise mode requires the use of an authentication server.

WPA’s encryption method is the Temporal Key Integrity Protocol (TKIP). TKIP includes a per-packet mixing function, a message integrity check, an extended initialization vector and a re-keying mechanism. WPA provides strong user authentication based on 802.1x and the Extensible Authentication Protocol (EAP). WPA depends on a central authentication server, such as RADIUS, to authenticate each user.

Software updates that allow both server and client computers to implement WPA became widely available during 2003. Access points (see hot spots) can operate in mixed WEP/WPA mode to support both WEP and WPA clients. However, mixed mode effectively provides only WEP-level security for all users. Home users of access points that use only WPA can operate in a special home mode in which the user need only enter a password to be connected to the access point. The password will trigger authentication and TKIP encryption.

WPA2 superseded WPA in 2004. WPA2 uses the Counter Mode Cipher Block Chaining Message Authentication Code Protocol (CCMP). It is based on the obligatory Advanced Encryption Standard algorithm, which provides message authenticity and integrity verification, and it is much stronger and more reliable than the original TKIP protocol for WiFi Protected Access.

WPA2 still has vulnerabilities; primary among those is unauthorized access to the enterprise wireless network, where there is an invasion of attack vector of certain Wi-Fi Protected Setup (WPS) access points. This can take the invader several hours of concerted effort with state-of-the-art computer technology, but the threat of system compromise should not be discounted. It is recommended the WPS be disabled for each attack vector access point in WPA2 to discourage such threats.

Though these threats have traditionally, and virtually exclusively, been directed at enterprise wireless systems, even home wireless systems can be threatened by weak passwords or passphrases that can make it easier for an invader to compromise those systems. Privileged accounts (such as administrator accounts) should always be supported by stronger, longer passwords and all passwords should be changed frequently. Contact Musato Technologies to learn more about our innovative ICT services.