Four people arrested in the UK following tens of thousands of fraudulent calls being made every year demanding money for non-existent PC problems.-IT Support Call Fraudsters 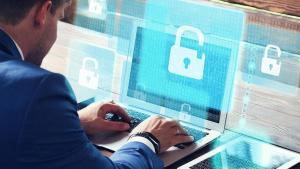 Fraudulent IT support calls… if you haven’t experienced one first hand, you likely know someone who has. Typically the victim receives a call from someone claiming to work for Microsoft in their IT support department. The fraudster explains how a fault has been discovered on your PC and they want to help fix it. But there is no fault, only a large bill to pay after they have gained remote access to your PC and uploaded files that make it look like there’s an infection.

If the victim pays, the fraud may end there, but sometimes a month or so later another call is made telling the victim they are due a refund. If bank details are handed over, even more cash is taken rather than a refund being issued.

Now four of the people behind these scam calls have been caught in the UK.

The City of London Police collaborated with Microsoft for two years in order to track down the fraudsters. Victims of this so-called “software service fraud” are thought to have paid out hundreds of millions thinking they were sending the money to Microsoft and a range of other reputable companies in return for a PC fix.

According to Action Fraud, 34,504 computer software service fraud reports were made during the 2016/17 financial year, which should give you some idea of the scale of this fraud. As for the calls, they were mostly traced back to India, meaning they were working from scripts and told what to do. However, they must have known what there were doing to carry out the remote access and uploading of files.

This kind of fraud isn’t going to disappear and four arrests are likely just the tip of the iceberg. If you receive a call like this simply end the call. If know anyone susceptible to believing such a call is real, take the time to explain it’s a scam and offer them an alternative if they are ever concerned about their PC.

Contact Musato Technologies today to learn more about protecting yourself and your organization from scammers.