Software is the Next Tech Revolution – Musato Technologies

Software is the Next Tech Revolution

Software is the Next Tech Revolution

Despite our gadget obsession, it’s software – not hardware – that will lead the next tech revolution

Everyone loves ogling over the latest device or gadget, and I’m certainly no exception. I’ve never camped out for the 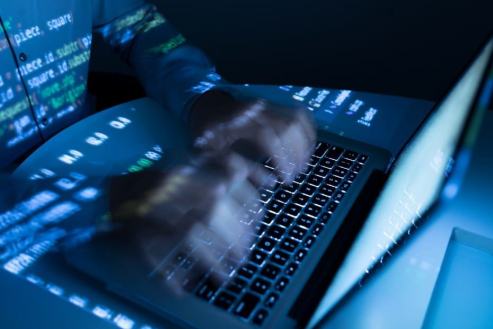 latest gaming system or smartphone, but I am guilty of watching the occasional unboxing or teardown video. That said, as a technologist and engineer by training, I’ve always found well-written code to be as beautiful as well-designed products.-Software is the Next Tech Revolution

However, lately I’ve found myself much more interested in the software behind the scenes.

With each big product announcement, I am wowed less and less. I think that’s because we are past the era where revolutionary new devices and machines are given credit for making our lives easier. Instead, we’re in an era where better software and data applications for our existing machines is what’s exciting.

Here are three examples I see as evidence that software, not hardware, will usher in the next technological revolution.

Voice-powered smart assistants are in right now, with Amazon’s Alexa, Google’s Assistant, Apple’s Siri, Microsoft’s Cortana, and Facebook’s M competing for share. But don’t be fooled into thinking it’s the hardware that’s revolutionary – the real star is the massive computing and processing power that these companies have harnessed to drive these assistants behind the scenes.

Likewise, the dream of your lights automatically turning on, shower starting at your ideal temperature, and coffee brewing the minute your alarm goes off is possible today not only because of leaps and bounds in hardware manufacturing but because of the connections between these devices. Adding a chip to a lightbulb of coffee maker (or, ahem, juicer) isn’t revolutionary, but enabling our appliances to speak a common language is. That’s all software.

When it comes to self-driving cars, it’s all about what’s under the hood – literally. Uber, Tesla, Google, and a handful of others are already publicly in the game, and Apple and Amazon are rumored to be developing self-driving tech.

Tesla makes beautiful cars, with each model undoubtedly chock full of brand new technological achievements, and I hope and expect that to continue, but speaking generally, the company has achieved what no other auto manufacturer had ever done: built a consumer electric vehicle at scale that can also innovate at the pace of a software company. Their AI-based autopilot technology will continue to learn and get smarter with more use, and other GPS and navigation technology can be updated instantaneously. Features that once took engineers years to hardwire into the car can now be upgraded as seamlessly as a consumer upgrades her iOS. And the company opened up its patents for other manufacturers to use, enabling innovation to trickle down from luxury vehicles to inexpensive cars with mass appeal.

In addition to Apple’s self-driving car ambitions, the company is also building tech to connect people to their cars through Apple CarPlay. Likewise for Microsoft’s Sync and Google’s Android Auto. These companies have all decided not to reinvent the wheel but to focus on refining it.

Personalized experiences across the Internet

When Apple released the first iPhone a decade ago, it was a revolutionary device. But since then, every smartphone from every manufacturer has by and large been repetitive, save for a few modifications: larger screens, fingerprint readers, better cameras, etc. Aside from the iPhone 7S launch, Apple’s stock has declined on the day of an iPhone launch 80 percent of the time, because Wall Street wants something revolutionary, not iterative.

I think we’re focused on the wrong aspect of how we engage with these devices. Instead of hardware, what if we focus on the software? The majority of our devices are used to access Internet services for socializing, working, researching, gaming, and shopping, but the experiences are broken across each touchpoint.

Apple’s iCloud and Handoff technology is a great example of a solution to this fragmentation. You can start an email or note on one device and finish it off on another. The Chrome and Safari browsers have similar features to keep tabs and history consistent across devices. Amazon and Netflix also deliver personalized content, again due to a login. But to date this capability is largely limited to those specific environments and happens predominantly behind a login or registration.

Imagine if an Amazon-like experience was possible across the entire internet – including all ecommerce properties, games, social networks, and email platforms – without you having to log in?

Overall, the hardware infrastructure and access points we have today are incredible. But it’s the academics and tech companies developing revolutionary software that are the true pioneers, not the folks developing iterative improvements to existing hardware. So when it comes time for the next product unveiling event from the usual hardware manufacturers, don’t be surprised when you aren’t surprised.

Devin Guan is CTO at digital identity company Drawbridge. He was previously chief architect at Announce Media and, prior to that was responsible for conducting the Netflix Prize machine learning contest at Netflix. He was also a founding member of AdMob’s optimization team and has held various engineering leadership roles at a number of companies, including Yahoo.