Without the right resources, app dev can be complicated. Start out the process on the right foot and have all the best tools in your arsenal to avoid an enterprise mobile app development dilemma. 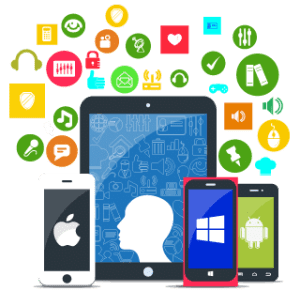 Enterprise mobile app development can be an expensive, complicated process — or a relatively cost-effective and simple endeavor.

Here are some tips to ensure that your organization’s app build falls in the latter category.

It can be intimidating to begin mobile app development for an enterprise, but making a series of decisions early on offers an approachable first step into the process. Determine which devices the app will support and whether the app will be native, hybrid or web-based.

Developers have to build native apps from scratch, so they are, therefore, more complicated and costly to build, but generally perform better than other app types. Web-based apps are simpler and cheaper to build, and hybrid apps fall somewhere in between. Like web apps, hybrid apps can use open standard technologies — but they can also take advantage of a device’s native features.

To cut costs, make a plan

If you jump the gun with mobile app development in the enterprise, it could lead to costly dead ends and unforeseen mistakes. Instead, plan out your app by sketching workflows and interfaces before you write any code. Device templates such as Interface Sketch offer a less intimidating way to approach the planning stage.

Prioritize early on to avoid feature bloat. Focus on a few key goals and design an app with fewer features that work well rather than a lot of mediocre features.

Consider a MADP for your organization

Another way to cut costs, as well as to build apps more easily is to use a mobile app development platform (MADP). With this tool, organizations can build, test and manage an app throughout its lifecycle on a centralized platform. MADPs often include a cross-platform development tool that enables an organization to deploy the app across multiple OSes without having to develop separate versions.

While a MADP offers a variety of benefits, it does have limitations. Organizations that need a lot of features for back-end integration — particularly with legacy systems — may not benefit from a MADP. The product also locks customers into vendors’ schedules and decisions.

Organizations with less experienced developers — or with no developers at all — should consider rapid mobile app development (RMAD), an approach that uses preconfigured components to support low-code or no-code development.

RMAD requires fewer administrative and development resources, which can save organizations money. Organizations don’t have to take the risks that are often involved with the do-it-yourself approach to app development, such as rebuilding workflows or creating new security models. The best RMAD platforms integrate easily into other existing tools, such as directory services or identity management.

Organizations looking to build highly customized native apps, however, will need a higher amount of control than an RMAD platform can provide.

Security shouldn’t be the last priority for mobile app development in the enterprise; in fact, it should be a consideration early on in the app build process to avoid costly security issues later on.

To implement a strong security strategy, use authorization and authentication technologies, such as multifactor authentication. Also, make sure the app securely communicates with other systems, such as cloud-based services or applications. Avoid storing sensitive data on the device, and use the latest encryption technologies. Contact Musato Technologies today to learn more about our ICT services that are designed to boost your business performance.