Qualcomm Snapdragon 835 Windows 10 PCs To Be Built By Asus, Lenovo & HP. Microsoft and Qualcomm have announced Lenovo, HP and Asus are going to be the first manufacturers to make Windows 10 PCs with Snapdragon 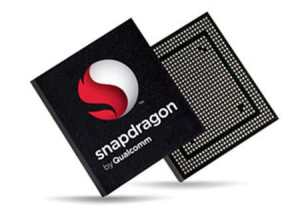 835 processors. The companies are expected to make sleek, thin and fanless PCs equipped with LTE connectivity.

“Today’s consumers experience mobility in nearly every aspect of their lives and they’ve come to expect more from their PCs than legacy computing models are able to provide,” Qualcomm Technologies executive VP Cristiano Amon said. “With compatibility for the Windows 10 ecosystem, the Snapdragon Mobile PC Platform will enable Windows 10 hardware makers to develop next-generation modern device form factors and deliver unparalleled anything, anywhere creation experiences with up to Gigabit-Class LTE connectivity.”

Microsoft and Qualcomm’s partnership was first announced in December 2016. The two companies were working on bringing Windows 10 OS to ARM CPU architecture, the kind of CPU architecture that’s used in smartphones. This is part of Microsoft’s big software push to have Windows 10 run on more devices than just those using Intel x86 architecture.

It will also come with an integrated X16 Gigabit LTE modem, so users can stay connected through a cellular network on the go with speeds of up to 1Gbps. Snapdragon 835 Mobile will also feature 2×2 802.11ac MU-MIMO Wi-Fi, Windows Central reported.

“We are thrilled that OEMs are sharing our vision to bring the Windows 10 experience to the ARM ecosystem, powered by Qualcomm Technologies,” said Matt Barlow, corporate vice president of Windows marketing at Microsoft. “This collaboration offers consumers something new and that they have been craving – the best of a mobile computing experience with the best of Windows 10, all in one thin, light, connected device.”

There’s still no information on when the new Windows 10 devices from HP, Lenovo, and Asus will arrive. However, Qualcomm CEO Steve Mollenkopf did say previously that Windows 10 on ARM devices would arrive in the fourth quarter of 2017, the Verge reported.

It’s expected that these new Windows 10 devices will look like typical laptops. The only real difference is that they will be using the Snapdragon 835 Mobile processor.

This will be the second time Microsoft has tried to bring Windows to ARM devices. The first time the company attempted this was in 2012 with Windows 8, but at the time, the mobile operating system was called Windows RT.