OpenStack computing can boost your business

OpenStack is a collection of open-source software modules that provides a framework to create and manage both public cloud and private cloud infrastructure.

What does it do?

To create a cloud computing environment, an organization typically builds off of its existing virtualized infrastructure, using a well-established hypervisor such as VMware vSphere, Microsoft Hyper-V or KVM. But cloud computing goes beyond just virtualization. A public or private cloud also provides a high level of provisioning and lifecycle automation, user self-service, cost reporting and billing, orchestration, and other features. 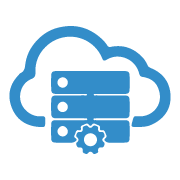 When an organization installs OpenStack software on top of its virtualized environment, this forms a “cloud operating system” that can organize, provision, and manage large pools of heterogeneous compute storage and network resources. While an IT administrator is typically called on to provision and manage resources in a more traditional virtualized environment, OpenStack enables individual users to provision resources through management dashboards and the Open-Stack application programming interface (API).

An organization can use OpenStack to deploy and manage the cloud-based infrastructure that supports an array of uses cases, including web hosting, big data projects, software as a service (SaaS) delivery, or deploying high volumes of containers.

OpenStack competes most directly with other open-source cloud platforms, including Eucalyptus and Apache CloudStack. Some also see it as an alternative to public cloud platforms like Amazon Web Services or Microsoft Azure.

The OpenStack cloud platform is not a single thing, but an amalgam of software modules that serve different purposes. Open-Stack components are shaped by open-source contributions from the developer community, and adopters can implement some or all of these components. Key OpenStack components, by category, include:

OpenStack is available freely as open-source software released under the Apache 2.0 license. This means there is no upfront cost to acquire and use Open-Stack. Considering all of its modular components, OpenStack provides a comprehensive and production-ready platform upon which an enterprise can build and operate a private or public cloud. Because of its open-source nature, some organizations also see OpenStack as a way to avoid vendor lock-in.

But potential enterprise adopters must also consider some drawbacks. Perhaps the biggest disadvantage of Open-Stack is its very size and scope — such complexity requires an IT staff to have significant knowledge to deploy the platform and make it work. In some cases, an organization might require additional staff or a consulting firm to deploy OpenStack, which adds time and cost.

As open-source software, OpenStack is not owned or directed by any one vendor or team. This can make it difficult to obtain support for the technology — other than support from the open-source community.

Open-Stack has followed an alphabetical naming scheme for its version releases since its initial Austin released in October 2010. The original Austin, Bexar, and Cactus releases have since been deprecated, and are no longer available. More recent releases, between 2012 and 2016, include Diablo, Essex, Folsom, Grizzly, Havana, Icehouse, Juno, Kilo, Liberty, Mitaka, and Newton, which are all at end-of-life (EOL).

These were followed by the Ocata released in February 2017, and the Pike release in August 2017. Pike added a variety of new features, including support for Python 3.5, a revert-to-snapshot feature in Cinder, and support for globally distributed erasure codes in Swift.

OpenStack officially became an independent non-profit organization in September 2012. The OpenStack Foundation, which is overseen by a board of directors, is comprised of many direct and indirect competitors, including IBM, Intel, and VMware.