With new apps and services, IT connects deskless workers to biz 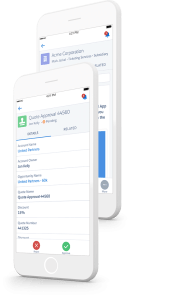 not bound to a desk with colleagues in the office.

Office-based employees have a wealth of software tools available to keep them connected with colleagues and the wider business. Even those working remotely can easily stay in touch with their team through email, enterprise social networks, and group messaging tools such as Slack.

That’s not always the case for deskless workers – the vast, yet the underserved chunk of the workforce that tends to fall outside the scope of IT, according to Stacey Epstein, CEO of enterprise messaging app vendor Zinc.

Zinc specifically targets employees in non-office-based roles. They could be anything from emergency workers to construction laborers, nurses, retail workers or service technicians – employees who usually own a smartphone but don’t routinely require access to core business applications.

“Deskless workers are doing their job by fixing something in the field or helping a customer at a hotel desk or a retail store, or if they are in healthcare they are seeing a patient,” said Epstein. “They are not sitting in front of a computer or an office where they can hop into a conference room or even have an impromptu team or group meeting.

“So these workers are inherently siloed from the people and the knowledge that help them do a good job,” she said.

Deskless workers have different technology requirements than typical office workers, said 451 Research senior analyst Raul Castañón-Martínez. They don’t use a computer as their main device to do their job and communications are often sent via text or consumer apps such as WhatsApp.

They’re “workers that not tied to a specific location,” said Castañón-Martínez. “Some examples are in the hospitality industry, hotels, or workers at a restaurant. So, more than anything it is the workers that IT usually does not think of provisioning with an email, for example.”

Zinc argues that it can provide deskless workers with a messaging platform they will actually use, while also giving IT staffers admin controls and providing execs insights into operations and a better way to communicate with front-line employees.

The company – formerly known as Cotap – is not the only company targeting non-office-based roles. The crew, which launched in May after operating in stealth mode for two years, is taking the same approach. Both offer apps designed to make it easier for teams to communicate, focusing on core functions required by deskless workers. This includes text, voice, and video messaging, one-click calling, video conferencing and file-sharing.

Microsoft, too, has strengthened its focus on the same audience in a bid to expand the reach of Office 365 with the launch of StaffHub. The scheduling app contains its own simple chat function independent of other Microsoft tools such as Teams, as well as document-sharing capabilities. Meanwhile, Facebook’s Workplace enterprise social network uses a different tack to target entire workforces.

While there is no shortage of enterprise messaging applications on the market, Epstein argued the technology has “lagged behind” when it comes to catering to the full spectrum of job roles. “Most enterprise technology vendors are busy making apps for the desktop workers and then they haven’t really realized the huge opportunity that exists with deskless workforces,” she said.

According to Castañón-Martínez, many vendors overlooked this area because it doesn’t fit with their sales strategies. “It was not that clear that there was a business case for them that was very relevant or compelling,” he said. “They are used to doing all of their go-to-market based on the workers that are already provisioned with existing software applications.”

That’s beginning to change, in part because of the proliferation of smartphones in recent years. Most U.S. workers have either a company-issued (or their own) mobile device for communicating with colleagues.

“The mobile penetration is also helping because right now you can safely assume that most workers will have their own personal mobile phone, which they can use for these types of communications,” Castañón-Martínez said. “But that was not the case just a few years ago.”

Ensuring widespread uptake of collaboration tools across an organization is a challenge in itself; Epstein said that the while enterprise messaging apps such as Slack have seen huge success with many professionals, they are not suited to all roles. They can be too complex for workers who don’t see complex collaboration apps as needed to do their job.

“So they just literally stop communicating at all,” she said. “Or worse, they turn to consumer apps, like WhatsApp or texting, that is easy to use, real-time and somewhat effective, but … limited to the people that they know.

There are a number of drawbacks to relying on consumer tools, said Epstein. “There is no enterprise control, no IT administrative tools to help manage the implementation, [and] there is no visibility to what is going on in those conversations that might help the company.”

While field service management tools have been around for some time, these are not as accessible as standalone apps such as those from Crew and Zinc. “This makes them more flexible tools that can address a wider range of use cases,” said Castañón-Martínez.

Why invest in deskless workforce tools?

One of the advantages of connecting these workers is that they can provide feedback on operations from the frontline.

“They could be factory workers, they could be retail, there is really no limit to how many people do not feel as engaged and are not being leveraged to improve business,” said IDC research director Wayne Kurtzman. “Digital transformation is changing that; they are becoming part of the collaborative structure, and there is a lot of value by working with the people who are front and center to key operations.”

Often, these are the employees who deal with customers face to face. They can help highlight problems that executives back in corporate offices may not come across.

“In a retail operation, you have people who are dealing with the customers directly; …they identify things that are working and not working and there is a slow, tedious change to get that action taken care of,” said Kurtzman.

“When you bring in this population and make them part of the process of making things better, they can [deliver] feed-back in real time to improve the customers’ experience.”

One example is Starbucks’ use of Facebook Workplace, where each barista, who is also a deskless worker, can share feedback on best practices and highlight what customers are asking for. ‘There is an engagement that improves employee morale, and there is a real business benefit to having real-time information that can be utilized,” said Kurtzman.

Another benefit is the ability to share knowledge more effectively.

Vivint Smart Home has 2,000 staffers using Zinc’s mobile platform, including service technicians and sales staff. “One of the challenges is that we have these professionals in the field who have a wealth of experience and information that they have accumulated over years of working with our product and with our customers,” said Kyle Christensen, Vivint’s director of corporate communications.

“This sort of tribal knowledge that they have acquired was being siloed, or not shared [among] themselves as a result of not having a place for teams and peers to collaborate with one another,” he said. “That was one of the primary things that we wanted to address: How do we spread the overall knowledge of our employees so that we are more effective at delivering for our customers?”

Another challenge has been to make the company’s large workforce feel more engaged. By supporting workers in their jobs, enterprise messaging apps offer a channel for businesses to share information, too – whether that be a corporate strategy update or safety alert.

“For our deskless workers, how do we make them feel like they are a part Vivint, no matter where they are,” said Christensen. “We are able to send them more information through the devices and features that Zinc offers, which has enabled us to drive that culture to the professional level.”

While there is a case to be made for investing in tools specifically for non-office based roles, one challenge is convincing businesses to allocate money for IT projects. Castañón-Martínez, does not see this as a major stumbling block when managers see benefits first hand.

“It’s not as much a matter of making the case for investing in this area as much as gaining visibility for the use cases these apps cover since it’s a group of workers that has traditionally not been covered by IT,” said Castañón-Martínez.

“What I’ve seen is that once the team leader is sold on the benefits, they don’t have a problem making the case for it with IT.”

In many cases, these tools are replacing manual processes. “When I have seen deployments of apps like Crew or Zinc, they are actually replacing bulletin boards, paper forms, walkie-talkies. So it is really a greenfield area,” said Castañón-Martínez.

“Because a lot of those processes are manual there are a lot of opportunities for automating processes and workflows and for real-time communications, which for many of them can make a huge difference.”Contact Musato Technologies to learn how our engineers and IT consultants will help build innovative ICT solutions to boost your business. –An article by Matthew Finnegan