Is there still a place for learning manual network configuration management in a world where networks are throttling toward automation? Sure — but how much is enough?

Should we be teaching people how to do manual network configuration before teaching automation?

Ted said, “We’ve got a new employee starting; her first task should be to build configurations for eight new switches. It’ll help us get the switches for that new network we’re setting up installed fast.”

Jan was puzzled. “We just learned about using Ansible and Jinja2 for automated configuration. Shouldn’t we all start using that approach?”

Ted shook his head. “It’s good to have Alice get experience with the details of the configurations.” 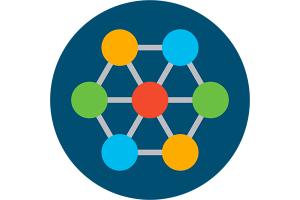 “But don’t you think building templates will give her the same level of command experience and teach the network automation approach at the same time?” Jan countered.

“Hmm, you may be right,” Ted conceded. “Building the templates will provide the command experience. And thinking about the configurations as templates driven by variables is the approach we want to start using. The Ansible and Jinja2 templating system wasn’t very difficult — would you work with Alice to create the configurations from templates?”

“Absolutely!” Jan said. “I’ll put to work what we’ve just learned, and it will help us all understand how to apply automation.”

How do you get started with network configuration management?

A network configuration management strategy scenario like the one above plays out in numerous networking teams. I know of one, though I’ve also found situations where the final recommendation is not to use automation.

The key questions are: When do you start using automation, and in what form? Building configurations is a good start. It doesn’t involve interactions with the command-line interface, and you can begin to think of device configurations in terms of the variables that differentiate one device’s configuration from another. We can start with simple network configuration elements and move on to more complex, and complete, configuration generations once we’ve mastered the simple process.

People with more experience in network automation identified and extracted variables from the configuration, resulting in a much larger template and fewer separate variables. I found that a single variable can sometimes be used in multiple places to create configuration snippets. For example, the virtual LAN ID, VLAN name, and IP address can be used to create a switched virtual interface as well as the VLAN definition in a Cisco switch configuration. This is much more powerful than approaching the problem from the viewpoint of functional blocks.

What was the question?

The reason for my explanation about starting with configuration snippets versus using variables was to demonstrate that it was a significant mental change in the approach to configuration creation. When I learned the difference, it was an Aha! moment for me.

But the most important step in a network configuration management strategy is to get started and build the proper mental model of the process. Understanding what you want to do is more essential than learning the exact syntax of the configuration. – An article by Terry Slattery

Contact Musato Technologies to learn more about our innovative and ingenious ICT services designed and developed with your business in mind.