A network-attached storage device is primarily a centralized data repository 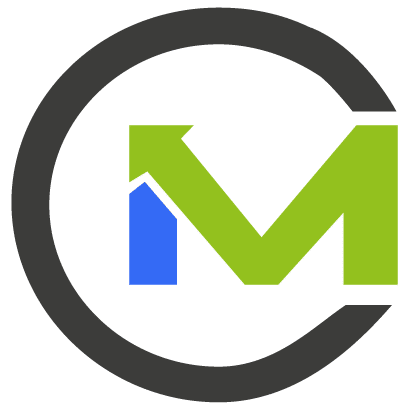 At its most basic, a NAS is used largely for storage and sharing files across a network, but the newest devices can do so much more. We help you understand what to look for when shopping for network-attached storage.

A NAS is a server. Most NASes can be used as multimedia servers, as most support the UPnP and DLNA protocols. These protocols are for sharing and streaming multimedia files to devices such as gaming consoles, tablets, and phones on a network. NASes are also multifaceted devices that can often be configured as FTP, The Web, e-mail, and print servers.

The main purpose of a NAS is to provide centralized, shared storage. Most consumer and small business NASes support SATA drives, but there are a few models out there that support SSD drives. It’s not unusual to see NASes for home users support up to 8TB storage capacity. Business-class NAS boxes typically scale even higher, with some offering petabytes of capacity.

NASes targeted for home users and small to mid-size business often have the expandable capacity through USB ports to which users can connect direct-attached storage devices or through iSCSI support. The QNAP TurboNAS TS-470, for example, not only has USB ports for expansion, but it also has built-in iSCSI support for creating virtual drives for even more storage.

Most current NAS devices have wired Gigabit Ethernet connectivity. Many business-class offerings have two or more Gigabit ports for Port Trunking, which provides connection redundancy if one port fails. Multiple Ethernet ports can also be link aggregated, combining the link speeds of the ports and thereby increasing network throughput.

NAS devices that are wirelessly accessible are still somewhat rare. The best we’ve looked at so far is Synology’s DS213air. For now, when you are working with large files wirelessly, you’ll likely experience more latency issues than with NASes connected to the wire. Still, more vendors are beginning to offer dongles for connecting wirelessly.

Like PCs, NAS units perform better with improved processors and increased memory. Similarly, the better the processor and the more installed memory, the higher the price. One of the fastest performing NASes we’ve tested is ixSystems’ FreeNAS Mini$999.00 at Amazon. This device owes its superior performance to its Intel Core i3 processor and 8GB of RAM.

If you know your NAS will be handling a lot of I/O operations (such as users saving and retrieving high volumes of data on a regular basis) it pays to go with a NAS that has a nimble processor and to max out the memory. Most SMB NASes ship with Atom or Intel processors, while more inexpensive devices for the home often use Marvell chips.

The data you store is only as good as your last good backup. Higher-end NAS products often have sophisticated management options to configure redundancy (RAID), as well as some sort of built-in monitoring system that can alert you of impending drive failure and other problems. If your data is mission critical, these are the kinds of features you’ll want.

Another important consideration in NAS disaster recovery is hot-swappable drives. Many newer HDD-based drives will allow you to “hot-swap” a dying disk drive with a new drive, without having to power the NAS down. Many NAS devices with this capability are aimed at businesses. The DroboPro FS is an example of a hot-swappable NAS.

Some NAS vendors are starting to use the cloud as a backup platform for a local, physical NAS. In this scenario, the data on the NAS is mirrored to a server in the cloud. Many NAS vendors partner with hosted providers such as ElephantDrive or Amazon S3. This type of solution is often known as a hybrid backup solution, and it gives you the best of both worlds, as data is stored in two separate locations. Having data reside in the cloud also provides a way to perform a restore in the event of disk failure in the local hardware.

NAS devices often can also back up their own settings and configurations. This is especially important in a business setting, where specific configurations may be required. If the NAS gets hosed, it can be a pain to have to recreate all those settings again.

NAS devices aren’t just for local access either. Many NASes devices ship with remote access capabilities for managing the device and access the data on it. Cloud services are also useful for sharing content with friends and family, no matter where they are located. Western Digital’s My Cloud personal cloud service is one example.

Security is always a concern, whether it’s for home hardware or business networks. Many of the NAS devices we’ve reviewed support file encryption. Many also offer a variety of security controls to protect the NAS from intruders with firewall-like access protection. For example, business NAS devices often have physical security, such as locked enclosures or Kensington Security Locks (or K-Slots), which tether the NAS to a wall or desk. The QNAP TS-259 is one example of a NAS that has K-Slots on its chassis.

Finally, all NASes have user accounts and authentication methods requiring a username and password to access the device.

Which NAS Is Right for You?

There are many varieties of use cases for NAS products. Luckily, there’s a wide range of devices available—and many of them are configurable as well, which lets you further tailor a solution for your specific needs. Whether it’s for home or a business, security, capacity, backup, and file compatibility should be key factors in determining which NAS you choose. The other features are mainly extras, which will be of greater or lesser importance depending on your particular needs. Contact Musato Technologies to learn more about Network-Attached Storage (NAS).