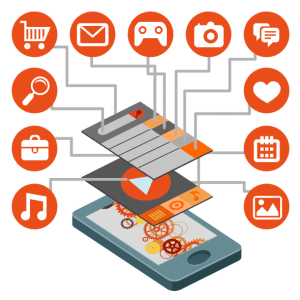 Yes, empathy is a key to open source success, according to folks at Red Hat Summit 2017. The idea rests on the notion that while development speed is great and innovation is necessary — both hallmarks of open source work and modern app development, vendors said — programmers must also stay aware about how next-generation technology can affect users.

The work of the Open Agriculture Initiative (OpenAg) at the MIT Media Lab in Cambridge, Mass., offers a good example. The OpenAg project works with Red Hat to develop open source agricultural software, with the goal of creating a more agile way to encourage food production among small, local communities.

In other words, residents in a city borough might someday be able to use open source tech and modern app development strategies to grow their own food. Technologists currently undertake that activity in the MIT Media Lab by studying digital farming and plant physiology, growing broccoli via an IP address attached to sensors.

Caleb Harper, director and principal investigator at OpenAg, told attendees at the Red Hat Summit that digital transformation technology could make it possible to introduce 1 billion new farmers into urban neighborhoods along the way to establishing digital growing areas.

That type of change has a profound influence on end users — in this case, consumers — similar to the shift in agriculture after tech-based societies arose, Harper said.

During a panel discussion hosted by TechTarget, the publisher of SearchMicroservices, these winners reminded attendees to be wary of how end users react to open source apps and stay primed to change things quickly if needed.

In other news from Red Hat Summit:

A twist on open source came up among attendees and vendors: inner source, or the idea of using open source principles within a single company.
The new OpenShift.io — a free environment to create microservices-based apps — shows Red Hat’s focus on DevOps tools within the context of modern app development.
Red Hat reported that year over year in the fiscal year 2017, hundreds of more customers have adopted two of the company’s showcase products: OpenShift and OpenStack Platform. Contact Musato Technologies to learn more about ICT solutions designed to revolutionalize your business. An article by Scott Wallask