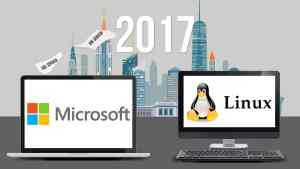 es available in October. In addition to a version that runs on Linux, new features include support for Python-based analytics.

After months of teasing and previews, what once seemed like a pipedream for IT pros is now a reality: SQL Server for Linux.

Microsoft SQL Server 2017 will be generally available on Oct. 2, and with the release comes versions on Linux, Windows Server, and Docker.

The company kicked off Microsoft Ignite 2017 with a keynote by CEO Satya Nadella detailing the upgraded features.

IT pros give Microsoft SQL Server 2017 a thumbs up

For one IT director based in the Netherlands, SQL Server 2017’s general availability is met with welcome arms.

“These are some great new additions to the newest version,” said Sjoerd Ijsselstein, IT director at Valid. “I think for our customers there are some interesting options; it’s a good improvement.”

A Valid, Ijsselstein runs SQL Server on Windows, so while the addition on Linux isn’t necessarily for him, he does see the value for other IT admins.

“We have companies as customers who have special circumstances, like Linux, so for those it totally makes sense.”

Others were encouraged to see a full version of SQL Server on Linux.

“It’s huge to see SQL Server on Linux as the real version, not a stripped down one,” said a senior manager for IT at a midsize bank in the Midwest who requested anonymity. “We’ve been waiting for this since it came out in the preview, so to see it finally generally available is a relief.” 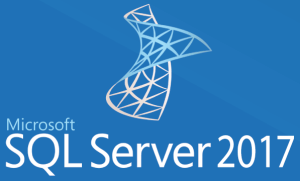 Microsoft claimed that it has received more than 2 million pulls on the SQL Server for Linux image on Docker Hub.

The Windows version of Microsoft SQL Server 2017 also includes support for Python-based analytics, in addition to the R language support that was added in SQL Server 2016. Microsoft says it plans to add support for the analytics programming languages to the Linux version in a later release.

“I was wondering what the choices would be as far as availability goes,” the senior IT manager said. “It seems like there is a decent amount of choices for us to feel secure.”

IT pros will be able to use any combination of Linux and Windows servers and Docker containers that they want, Microsoft said. In addition to Linux support, Microsoft SQL Server 2017 also includes automatic tuning, graph database, and a resumable online index rebuild.

The company also said it will have a public preview of SQL Database Managed Instance and Azure Database Managed Service, as well as SQL Server to Azure Hybrid Benefit, designed to enable customers to use on-premises SQL Server licenses for an easy lift and shift of SQL Server workloads to a fully managed cloud. The licensing model and cost for Microsoft SQL Server 2017 are the same as it was for SQL Server 2016. Contact Musato Technologies today to learn more about how we can assist your business to grow and prosper.

An article by Adam Hughes