Linux desktop system is both the most popular operating system and a niche end-user OS. How can that be? Follow along, my friends, and I’ll tell you.

Stop me if you’ve heard this one before: <yyyy> will be the year of the Linux desktop. Even in Linux circles, this is greeted with eye-rolling. Here’s the funny thing, though: Linux long ago won the hearts and minds of end users, even while the Linux desktop continues to spin its wheels. 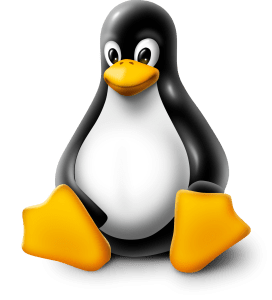 How can that be?

The paradox is easily explained. But as for Linux’s failure to capture desktop hearts and minds, that’s a complicated story. I’ll lay it out for you.

And what do roughly 95.6% of all websites run on? With the exception of Microsoft sites, the answer is Linux. Facebook? Linux. Google? Linux. Yahoo? Linux. Netflix? Linux. I can go on and on. You may use Windows on your desktop, but it’s effectively just a front end to Linux-based services and data. You might as well be using a Chromebook (running on Linux-based Chrome OS, by the way).

But as a matter of fact, Windows is no longer the top end-user operating system. Oh yes, it does still dominate the desktop, but the desktop hasn’t been king of the end-user hill for some time. By StatCounter’s reckoning, the most popular end-user operating system as of September 2018, with 40.85% market share, was — drum roll, please — Android. Which — guess what — is based on Linux.

So, in several senses, Linux has been the top end-user operating system for some time.

But not on the desktop, where Windows still reigns.

Why? There are many reasons

Back when desktop Linux got its start, Microsoft kept it a niche operating system by using strong-arm tactics with PC vendors. For instance, when Linux-powered netbooks gave Microsoft serious competition on low-end laptops in the late ’00s, Microsoft dug XP Home up from the graveyard to stop it in its tracks.

But Microsoft’s avid competitiveness is only part of the story. In fact, Microsoft has gotten quite chummy with Linux lately. It’s fair to say that it’s no longer trying to stop the Linux desktop from gaining ground.

No, what has done more than Microsoft to keep the Linux desktop down is the Linux community.

First, while the major Linux companies — Canonical, Red Hat and SUSE — all support Linux desktops, they all decided early on that the big money was to be made with servers (and nowadays with containers and the cloud). The biggest Linux players determined that the Linux desktop was a small market — and then they did very little to change that.

But there’s more to it than that. The Linux desktop has also been plagued by fragmentation. There is no one Linux desktop; there are dozens, and they are not at all alike. There’s the Debian Linux family, which includes Ubuntu and Mint; the Red Hat team, with Fedora and CentOS; Arch Linux; Manjaro Linux; and numerous others.

And then there are the desktop interfaces. Personally, as a dedicated Linux desktop user for decades, I love that I have a choice between GNOME, KDE Plasma, Cinnamon, Xfce, MATE, etc. for my desktop interface. But most people just find it confusing.

All of that just scratches the surface. There are also numerous incompatible package managers: Debian Package Management System (DPKG), Red Hat Package Manager (RPM), Pacman, Zypper, and many others.

You’d think everyone would learn to play well with one another. Nope. Not happening. The fragmentation just keeps getting worse, it seems. For example, the next generation of program installers will use a container-based approach. Do we have a single standard for that? Ha! Ubuntu has Snap, Red Hat has Flatpak, and never the twain shall meet.

So, yes, 2019 will be the year of Linux end users who don’t know they’re Linux end users. But, “the” Linux desktop as a mass-market alternative to Windows? No, that’s not ever going to happen, not as long as Linux developers can’t play on the same page. Contact Musato Technologies today to learn more about our innovative ICT solutions and services.