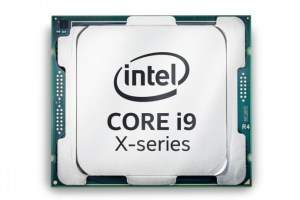 Intel’s new monster Core i9 processors boasting 18-cores and 16-cores have just gone on sale, and Asus has set some blistering new records overclocking these CPUs with its ROG Rampage VI Apex motherboard.

All without the CPU being reduced to a melted pile of goop, although the system wasn’t stable enough to run benchmarks at this speed.

To get some testing done, things had to be toned down to 5.6GHz with a voltage of 1.45V, at which point the multi-threaded Cinebench R15 benchmark could be run – Asus notes that there was almost 1000W coursing through the system.

The Cinebench R15 CPU score notched up was 5,635, a mind-boggling figure when you consider it almost doubled the previous record of 2,990 (another overclocker, ‘elmor’, pushed the chip even further to set a new record of 5,723).

New records were also achieved in 3DMark Vantage 2x with the CPU at 5.66GHz, with Italian overclocker ‘Rsannino’ achieving a score of 138,185 (compared to the previous record of 135,813). 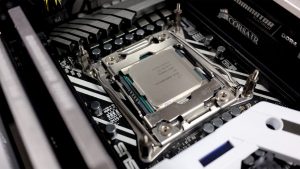 In the ongoing war of AMD vs Intel, who wins?
Core i9 blimey

A load of other new highs was reached, and you can see the full list of benchmark records in this Asus article.

As ever, these sort of liquid nitrogen shenanigans are a far-cry from real-world overclocking and performance, but you can still gauge the relative power of Intel’s new monster processors in terms of how much they blew away the previous (equally super-cooled) records.

Of course, should you be tempted to invest in Intel’s flagship 18-core CPU, you’ll need deep pockets as it retails at $1,999 (about £1,480, AU$2,510), but it is exceptionally powerful, as these benchmarks illustrate – and as we found out in our full review. However, it costs twice as much as AMD’s 16-core Ryzen Threadripper 1950X. Contact Musato Technologies today to find more about how we can help your business grow. -Intel’s 18-core processor. An article by By Darren Allan