Intel is prepping the release of its new X299 platform and associated processors, and a new world overclocking record shows the chips its releasing have some real teeth — with a few massive caveats, which we’ll touch on shortly. At a recent Gigabyte event, overclockers were 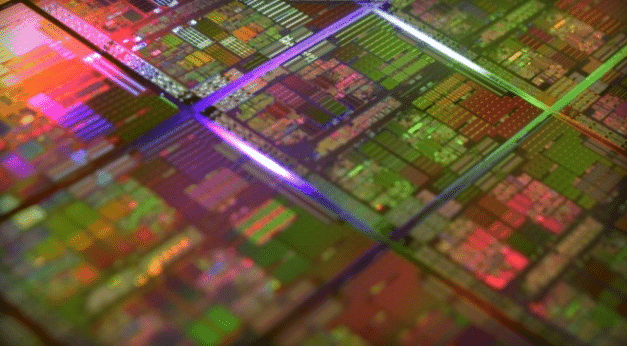 That wasn’t all. The overclockers paired the board with Corsair DDR4-4333, a Corsair AX 1500i power supply, and Gigabyte’s X299-SOC Champion motherboard. The CPU managed to set world records in 3DMark03, 3DMark06, and Aquamark, which is a bit like saying that a modern-day PC managed to set CPU benchmark records in the original Doom, Doom II, and Quake. Granted, it’s not quite that bad, but the reason a lot of these benchmarks use vastly older tests is almost certainly because they respond to CPU clock gains particularly well. Nothing wrong with that, but that’s why you don’t see more modern benchmark results.

The caveat, of course, is that it takes liquid helium, with its -250C temperature, to hit these kinds of targets. There’s a diminishing marginal return at the extreme end of overclocking, where the amount of cooling you need to apply is inversely proportional to the gain from applying it. Lab501 did a comparison of the Core i7-4790K and the Pentium G3258 a few years back, to see how they would handle under overclocking pressure.

These are just test results for single CPUs, so neither should be taken as being the absolute best (or worst) overclock you might experience with these parts. For our purposes, however, that’s irrelevant. What matters is the temperature at which these overclock figures are being hit. Air, Air Xtreme, and water all-in-one (also referred to as a closed loop liquid cooler, or CLLC) can’t bring the CPU temperature below the ambient temperature of either the air in the room or the water in the liquid cooler. To do that, you have to add below-ambient cooling to the system, and that’s exactly what Lab501 did with its “water extreme” results. To quote the site:

How do we get under 0 oC with a watercooling rig, you might ask? Good question. Instead of using a radiator, we will be using a regular solid thermal bag (the ones you use when you go to a picnic to keep your beer cold) and in that we will put our thermal agent, which is a mix of water, ice and antifreeze.

The mix of water with ice and antifreeze can get down to – 10 / – 20 oC (depending on how much ice do you use) so we can talk about a first step into extreme cooling. That also means that we have to start thinking about insulation, because condensation will occur when we go down bellow 0 oC.

When using an AIO cooler, the load temp on the Pentium G3258 was 99C. Using dry ice, load temperature under identical circumstances was 10C. That’s a huge shift in temperature for a relatively small (1.16x) change in frequency. We can’t compare the LN2 results, unfortunately, because the site stopped running Prime95 and resorted to only testing Super Pi. This makes the last data point in the graph invalid, because it’s fundamentally comparing a different scenario.

But the point is made — even if the LN2 data were accurate, the gains from using LN2 (and bringing the CPU temperature down as low as -120C) are only 20 percent more than the gains from the “Air Extreme” cooler. With -250C liquid helium and what were almost certainly ideal-case binned CPUs to drive the event, it’s not surprising Intel and Gigabyte managed to smash overclocking records. But it’s also not something that end-users can reasonably duplicate at home.

To make a long story short: As interesting as results like this are, they don’t actually tell us very much about how chips will overclock in conventional systems or when using the equipment that normal overclockers are likely to use. The amount of energy you have to dump into the cooling system to hit extreme temperatures grows significantly as clock rates rise, from simple air cooling, all the way up to dry ice, LN2, and beyond.

Single-stage freon units are probably the highest-end equipment it’s reasonable to deploy on a high-end CPU. Anything past that, and you’ll be constantly adding coolant to the system to keep the temperature low. And all of this ignores that CPUs are fundamentally not designed to run at such low temperatures, or the high voltages required to break overclocking records. There’s little evidence that slapping a modest OC on a CPU meaningfully shortens its life, but the same can’t be said for the chips that get used at these overclocking events.