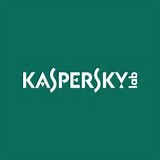 the base version of its software globally at no charge.

In a blog post authored by the security firm’s chief, Eugene Kaspersky explains that an increase in the number of installations of Kaspersky Free is expected to positively affect the quality of protection of all users since the “big-data-bases will have more numbers to work with to better hone the machine learning”.

The free version contains the bare essentials, Kaspersky said, which includes file, email, and web antivirus; automatic updates, self-defence; quarantine; and a handful of additional features the blog post does not list.

“This arsenal ensures convenient and safe web surfing … working with USB sticks and other portable storage media, and protection against both phishing and infected files being run,” he wrote. “In short, the indispensable basics that no one on the planet should do without.”

The free antivirus won’t be competing with the security vendor’s paid-for versions, Kaspersky said, which cover 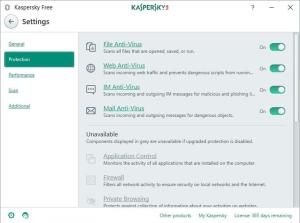 “Though it features just the bare basics, it still packs a punch — a punch we’re no less proud of,” the blog post continues.

Russia, Ukraine, Belorussia, China, Finland, Sweden, Norway, and Denmark already have the free software available after participating in the company’s pilot program. The “first APAC wave” — including Australia and New Zealand — the US, Canada, the Caribbean, and Kazakhstan are due for rollout this week; Africa, the Middle East, and Turkey can access the free software as of early September; followed shortly by Brazil, LatAm, India, and Hong Kong.

The freeware will be available come October in the United Kingdom, Ireland, DACH, Italy, France, Spain, Portugal, Israel, Maghreb, Benelux, Eastern Europe, Japan, and South Korea; while Vietnam and Thailand will need to wait until November.

According to Kaspersky, giving the software away in the piloted regions “cranked up” the company’s market share “considerably”.

“Not that increasing market share is our aim; our aim is to raise the overall level of protection on the internet,” the chief explained.

Earlier this month, the Trump administration removed Kaspersky Lab from two lists of approved vendors used by government agencies to purchase technology equipment, Reuters reported, amid concerns the Russian-based company’s products could be used by the Kremlin to gain entry into United States networks.

According to the report, Kaspersky products have been removed from the US General Services Administration’s (GSA) list of vendors for contracts that cover information technology services and digital photographic equipment.

Government agencies will still be able to use Kaspersky products purchased separate from the GSA contract process, the report states.

The removal follows the accusations from US intelligence agencies that Russia hacked into Democratic Party emails, thus helping Donald Trump to election victory, despite President Vladimir Putin proclaiming his country has never engaged in hacking activities, but some “patriotic” individuals may have.

Contact Musato Technologies today to learn how you can best protect your IT assets against IT related threats.