The modern approach to choosing an ERP system

The modern approach to choosing an ERP system

Today’s ERP System landscape offers more options than ever before. Here’s a look at how two companies took a strategic approach to choosing the right software for their needs. 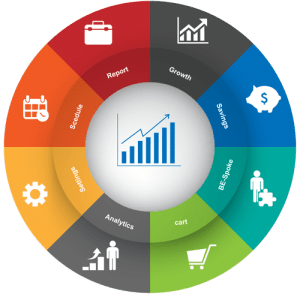 The number of options that companies have when choosing an ERP system has changed in a big way. Just take Stratus Ventures Group, which invests in early-stage startups. When the company decided to deploy an ERP system that would be used to run three of its portfolio companies, it started with one overarching requirement: The software had to be cloud-based, and it could not be an Oracle or SAP product.

“They are slow-set in concrete,” Ofir Baharav, general manager of Stratus, said of the biggest names in legacy ERP. “You build them, and then you can’t really move much unless you have a sledgehammer.”

The changing definition of ERP

A seismic shift has occurred in the ERP landscape. The term ERP once evoked a years-long, multi-million dollar deployment followed by a 20-year commitment to an inflexible product and for good reason — that’s what an ERP implementation typically required. Yet that’s changing for companies both large and small. Today’s ERP can be whatever a company needs, from isolated pieces of back-office functionality to full-blown cloud-based suites tightly integrated with customer-management systems.

In the case of Stratus, the sales teams at the three companies in question — energy snack-maker Energems, business content platform Expressible, and industrial fan-maker Breezer Mobile Cooling — all wanted to use Salesforce as their CRM platform, which necessitated using ERP software that integrated with Salesforce.

Salesforce pointed Baharav and his team toward Kenandy, a Salesforce partner that delivers ERP functionality as tables that map to existing business processes, putting the software closer to data. The fact that Kenandy wasn’t able to deliver all of the functionality of an on-premises legacy ERP system like Oracle or SAP was of no concern.

“If you use one of those systems, you can’t be agile, so you sacrifice agility for completeness,” said Baharav. “We want to spend time dreaming of what we want to build rather than getting involved in something that doesn’t allow agility.”

And it’s not like Kenandy doesn’t deliver the core ERP functions. Currently, the three companies, all of which roll up into Stratus’ overarching profit-and-loss statement, are able to manage accounts, opportunities, customer service and other functions in Salesforce while taking care of orders, inventory and shipments in Kenandy.

“The beauty is that it’s end-to-end,” said Stratus’ CIO Yael Lindenboim. “They’re all talking to each other. The users don’t even know what is Salesforce and what is Kenandy because [they are] so well integrated.”

And then there are the hard benefits. Baharav said the combined revenue of the three companies has tripled since deploying Kenandy, while the back-office staff has been cut by two-thirds. (The companies employ about 100 people combined.)

Meanwhile, when there’s a change in the business that requires a tweak in Kenandy, Lindenboim is able to make all the needed changes within a week. And as anyone who’s worked with legacy ERP systems can attest, that is a huge advance in agility.

But what may be the biggest advantage of Stratus’ use of Kenandy is how it lets the three companies become collaborative businesses by demystifying ERP and making the underlying data accessible to their organizations.

“We don’t forget who our audience is,” said Baharav. “We want everyone to be able to use the system, not just the CFO.”

While Stratus was looking to combine three portfolio companies under one ERP umbrella, Precision Disposables had a slightly different priority. The company’s COO, Bruce Capagli, who came on board last July, wanted to move from Google Sheets to something more formalized, and he only had a month to do it.

“I started having a mini-heart attack,” Capagli said. “I knew [Google Sheets] was not going to be a long-term scalable solution.”

Scalability was central to Capagli’s decision when it came to choosing an ERP system. A spinoff of Precision Medical Products (a seven-year-old, $30 million-a-year maker of clinical medical equipment), Precision Disposables had lofty goals: It wanted to capture a big piece of the market for disposable medical and industrial products, and grow to $100 million in revenue within five years.

That aggressive growth path doomed two ERP contenders, Zoho, which didn’t offer the scale Precision needed, and Xero, which scaled better than Zoho but didn’t support the kind of built-in integration Capagli was looking for.

Eventually, the company turned to NetSuite’s cloud-based ERP platform, which was more expensive than Zoho and Xero but offered the desired combination of scalability and integration. In addition to core financials, inventory and procurement modules, NetSuite also offered tightly integrated CRM, enabling the kind of integrated view of business data companies are demanding.

So far, so good: Precision Disposables is expecting to exceed its goal of $5 million in revenue this year. What’s more, Precision Medical Products has also seen unexpected new business efficiencies from an ERP modernization it didn’t even know it needed.

Choosing an ERP system gets easier for SMBs

Today’s lightweight approach to ERP enables companies like Precision Disposables and Stratus’ trio of startups to take advantage of the kind of business efficiencies that used to be reserved only for large, deep-pocketed companies. This democratization of the whole ERP category is at the center of its evolution.

As ERP becomes easier to use, more affordable and less complex to manage, more young companies can be expected to take advantage of what only a few short years ago was out of their reach. Contact Musato Technologies to learn more about comprehensive and innovative ICT solutions that power businesses.