An enterprise perspective on Apple’s iOS 11

An enterprise perspective on Apple’s iOS 11

Apple’s iOS 11 will bring a range of improvements to iOS-using enterprises. Big iPad improvements and ARKit have multiple implications,  but I’ve looked at some of the many other iOS 11 enhancements enterprises may enjoy, rather 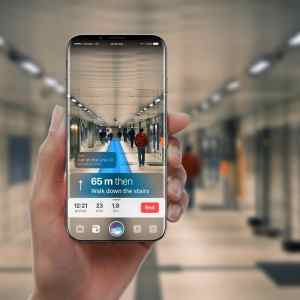 than focus on those.

Enterprise chiefs must now take steps to ensure their existing iOS apps are 64-bit, as Apple will terminate support for 32-bit apps in iOS 11. The company has been warning of this plan since 2016, and it hits with iOS 11, when 32-bit apps will no longer launch. Take stock of your existing iOS app deployments now to ensure critical software isn’t impacted by the change. On its side, Apple has planned for this and most existing kits should work fine with iOS 11, though the iPhone 5 and 5c and older and iPad 4 and older will not be supported. Apple plans to end support for 32-bit apps on Macs in 2018.

Third-party developers gain access to the NFC chip inside iPhones with iOS 11. The same chip used by Apple Pay, new iOS frameworks suggest it will now also be able to read any tags. Reading a wider number of tags will open the platform up to supporting additional NFC-based services, such as NFC-based security systems, public transit systems, and (presumably) payment cards. While it feels counter-intuitive to imagine Apple will allow other payment systems to use its NFC chip, it will have implications in other implementations of NFC, from retail and logistics to temporary car hire keys.

Apple’s statements on how it plans to open this up are a little vague: “Your app can read tags to give users more information about their physical environment and the real-world objects in it. For example, your app might give users information about products they find in a store or exhibits they visit in a museum,” it said.

This seems to relate to new support for NFC-based addition of accessories to HomeKit, which you can now pair by placing your iPhone near the NFC label.

iOS 11’s new Wi-Fi sharing feature is interesting. Essentially it means you can log people into your network just by moving their iOS device close to yours. That’s a neat little feature for consumers, but for enterprise users could very easily expedite any existing weekly, monthly, or daily Wi-Fi password resets for security purposes, as iOS-based employees will simply need to tap and share to get online.

Apple will reveal more details concerning this feature on June 9 at WWDC. This is what we know so far:

“Business Chat is a powerful new way for businesses to connect with customers directly from within Messages. Using Business Chat, your customers can get answers to questions, resolve issues and complete transactions on their iPhone, iPad, and Apple Watch. Customers can find your business and start conversations from Safari, Maps, Spotlight, and Siri.”

I imagine Apple has a plan to support B2C bots within this feature, though I don’t know if these will be third-party solutions.

An essential component in Apple’s machine intelligence plans, the CoreML framework for machine learning enables developers to build AI solutions in which all the processing takes place on the device. That doesn’t stop developers enabling cloud based data analytics with that data, but does ensure the information remains secure on user devices, with personal information anonymized before use.

There may be some CIOs concerned about Apple’s cloud-based iMessage storage system in iOS 11. What this means is that iOS 11 will store your messages in iCloud. That’s good as it saves space on your iOS device, but it may be a concern to some security-conscious firms who may now need to think about what security policies they wish to put in place to govern online storage of potentially confidential business messages with a third-party public-facing provider. Apple claims these will be protected by end-to-end encryption in transit, but those working with highly confidential data will want to look into this.

Apple’s new Files app is going to be incredibly useful. It gives a real and natural-seeming file management system to iPhones and iPads which also integrates with third-party online services. These include Dropbox and Box, but also include Microsoft’s OneDrive. This should be excellent news for Office-based enterprises. “OneDrive integration with the Files app will make it easier for you to access your content from any Apple device and will provide a better file management experience on iOS for your personal and work OneDrive and SharePoint sites,” Microsoft states.

Apple has hit back against recent SMS fraud attempts, introducing SMS fraud protection in iOS 11. This will warn users when they receive an SMS message that could be fraudulent, creating an additional layer of defense against phishing and ID attacks. Apple has also introduced a new Location Services Setting, which means users can restrict apps so that they can only access location status when the app is actually in use. Finally, the company has baked a wide range of enterprise network security features, though it hasn’t discussed these in too much detail (beyond its much-improved data transport controls). One big improvement, Safari will have a new tool for blocking third-party ad trackers.-Apple’s iOS 11

Contact Musato Technologies today for innovative and affordable IT services.