The value of cloud-based security for a faster performing website

Cyberthreats are becoming more sophisticated with each passing year. As bad actors discover new methods to uncover security vulnerabilities, corporate countermeasures need to stay one step ahead of them. Musato Technologies offers a scalable cloud based security solution that provides better security and faster performance.

For today’s corporate security manager, it’s not just about detecting and responding to such threats but proactively
preventing security breaches from happening at all.

Keeping up with the ever-evolving digital threat landscape requires regular examination of existing security measures to better implement more pragmatic solutions for the future. Every sized business must answer these 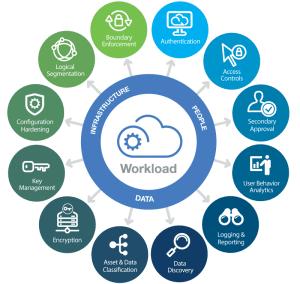 The record for the largest DDoS attack in history was broken twice in 2018, the second instance by an attack almost one and a half times larger than the Mirai botnet DDoS attack, which reached 1.2 terabits per second in 2016.

As attacks become both more sophisticated and powerful (some as massive as 1.7 terabits per second), it’s clear that companies need to evolve new responses to this increasingly dangerous threat.

It’s also true that the stakes have never been higher. In an environment where mobile websites must start rendering in under 200 milliseconds to meet Google’s standards, any slowdown in the quality of the user experience—much less an outage—is unacceptable. And yet, security solutions that mitigate DDoS attacks have traditionally affected performance as well.

Protecting your applications against attacks: Why security appliances are no longer enough

Not too long ago, the standard solution for defending applications against attacks relied on security appliances
installed on-premise within a customer’s data center.
The idea was to put as many layers of security as possible in front of their origin infrastructure, so malicious traffic would have to pass through multiple filters before reaching it.

However, while these layers of security kept attackers out, they also slowed response time for user requests, which had to go through layer after layer of security rules before returning the desired web content.

Ironically, in its efforts to protect itself from getting taken down by an attack, a company could slow its page load performance considerably, leading to a negative impact on business growth. The protection versus performance dilemma has been a problem for web developers for a long time.

For years, people have held onto the notion that there has to be a trade-off between security and web performance. After all, with more layers of defense in place, it will take more time for web traffic to get through these protections.

In this case, however, perception is not reality; security does not impede web performance in a content delivery network environment. Cloud based security solutions can enhance the security of a web application while simultaneously improving the user experience.

The old perception of security versus web performance is based on outdated architecture. It assumes that everything is running in one datacenter.

As cyberattacks have become larger, they can easily overwhelm a centralized system, including some cloud-based security platforms that don’t have the necessary scale and distribution. However, some content delivery networks provide security with the scale required to absorb even the largest attacks and have subsequently transformed the landscape.

With servers in multiple locations providing scalability, the paradigm shifts – as load increases, available resources expand, and the work gets distributed. The end result is that users do not notice any decrease in web performance.

Some cloud security solutions are built upon a content delivery network, which have evolved far beyond their original purpose as simple caching servers to offer comprehensive security and protection. Here are five advantages of utilizing CDN-based cloud security to protect your website and apps.

Today, most companies know that they can’t do business on the internet without a CDN, but fewer appreciates how
much working with one (or multiple CDNs) can improve their cyber defenses, too.

2. CDNs expand the cybersecurity perimeter Think of your company’s core computing infrastructure as a castle. Just as a moat extends a castle’s defensive perimeter, a CDN adds another layer of cyber defense around the core servers, pushing that defense closer to the source of cyberattacks.

To use another analogy, it’s similar to airlines checking passenger IDs in the airport entrance instead of waiting until they get on the plane. The earlier you can identify a potential threat, the easier it is to deflect.

3. CDNs keep the fight away from your core servers It’s been said that wars are fought away from home to keep home away from the war. The same concept applies to your company’s core infrastructure. Defending against cyberattacks
takes a lot of computing resources, not only to stop the attacks but also to collect and analyze event logs to record the problem and attackers.

Pushing those functions to the CDN takes the burden off of your core infrastructure, meaning your company doesn’t have to deal with any collateral damage from the fight.

4. CDNs can scale up quickly to meet new cyberthreats

A CDN expands your capacity as traffic increases, for both malicious and legitimate types of traffic. This scalability allows them to easily absorb DDoS attacks as well as the high CPU and memory usage necessary for cyber defense.

The global scale of most major CDNs also improves cyber defense by expanding the load globally, close to the source. Attackers who use botnets are renting machines from all over the world to attack companies’ core servers – it follows that companies should also be renting global resources to counter that threat.

In addition, a CDN is also agile enough to integrate different defense mechanisms in response to changing attacks, maintaining a secure posture as threats change.

5. CDNs are the best place to properly decrypt and inspect HTTPS traffic
Today half of all internet traffic is encrypted, thanks to widespread adoption of HTTPS.8 That means it is no longer practical to inspect traffic at the network level before it reaches your origin server, as it was five years ago.

Instead, a CDN, which operates at the application layer and has the proper keys and authorization to decrypt is the
best place to decrypt the HTTPS traffic (with your authorization as the website owner) and inspect the payload of the web traffic.

By properly decrypting the traffic and making the inspection occur at the edge of the internet, your company can get visibility into that payload in an efficient and scalable way.

A modern solution to cyberattacks

A more modern answer to mitigating cyber attacks at scale and performance issues is a cloud-based security solution built into your CDN. Instead of filtering millions of website requests through a few appliances in a centralized location, a globally distributed cloud security solution on a CDN distributes its workload over tens of thousands of servers so it can absorb sudden spikes in traffic easily.

With hundreds of points of presence (PoPs) around the globe, a CDN can also intercept attacks near its origination point, which is usually near where users are, through malware-infected devices, before it even gets close to a company’s core infrastructure. The result is a more resilient system that performs under pressure—when it is under attack, most users won’t even notice a difference.

Contact Musato Technologies to learn more about our cyber-security and cloud based security solutions that empower businesses to protect their ICT infrastructure.