Linux Containers—the lightweight, cloud-native a strategy that’s redefining application development as you know it. The days of monolithic application development are over. And while “digital transformation” may sound like a fancy buzzword that ranks alongside blockchain, agile, and cloud, it’s not all hype. With transformation comes unprecedented levels of speed, consistency, and efficiency that are fundamentally changing the way developers do their jobs

Much of the burden and pressure to deliver on the promises made by the business falls on the shoulders of IT developers. In a world where users demand new applications, features, and updates
across all their devices in real-time, container technology is your secret weapon. 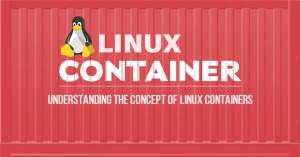 Containers let you work smarter by creating consistent development environments to rapidly develop and deliver cloud-native applications that can run anywhere. With containers, you can also deliver microservices that eliminate lengthy regression testing cycles, deploy without disruption, and provide a mechanism for patching or rolling back code on a feature-by-feature basis.

Learn how to deploy containerized applications

Although containers are a relatively new technology, developers worldwide are embracing them as valuable and essential tools for modern development. Rapidly maturing container technology and advancements in container orchestration and management tools have allowed container adoption to reach a tipping point, with 49% of developers now using them, according to a 2018 Digital Ocean report. Linux containers provide a number of benefits mainly easy scalability, simplified testing, faster testing, and avoidance of vendor lock-in.

What are  Linux containers?

At its core, a container is simply a new way to abstract one or more processes from the rest of a system. Containers lighten the load, so to speak, allowing you to work on small subsets of code without impacting the overall runtime environment. They also provide a standard way to package and isolate application code, configurations, and dependencies into a single object.

Better, faster, cheaper—you can have all three

The real value of containers is portability. With all the files necessary to run a containerized application, feature, or component in a single, distinct image, Linux containers provide consistency and predictability as they move from development to testing, and finally to production.

This makes container deployment much quicker, more reliable, and less expensive than with monolithic development pipelines that rely on replicated development, testing, and production environments. And, you can write and develop containerized code once and deploy it to multiple operating environments without the need for additional development time, lengthy testing cycles, or specific deployment processes. Containers share an operating system (OS) installed on the server and run as resource-isolated processes, ensuring quick, reliable, and consistent deployments, regardless of the environment.

While containers and virtualization seem similar, they are in fact quite different.

Microservices are small, self-contained, single-function applications that communicate through application programming interfaces (APIs). A core principle of microservices architecture is that each microservice handles one, and only one, function and provides a well-defined API that allows communication into and out of the code.

Containers and microservices can exist independently and often do. Individually, they serve different purposes. When they are implemented together, they are a powerful tool for creating portable, cloud-native applications. Think of containers as an enabling technology for microservices. Containers are abstracted away from the host OS and contain all the supporting and runtime files they need to execute the code contained within them.

When you deploy a container, it will run regardless of the underlying OS. Containers are portable and can be deployed across multiple clouds and devices without rebuilding or additional testing. Microservices development with containerized deployment is becoming the norm for enterprise development.

The architecture offers unprecedented levels of agility, speed, and resource efficiency for many tasks that you, as a developer, work on daily. Using containers and microservices in a DevOps environment allows developers to deploy each service independently.

This practice eliminates the need to merge code changes, greatly improves testing, and helps with fault isolation in both testing and production. Also, parallel developer teams can work on the loosely coupled applications and choose the technology stack best suited for their requirements without enforcing those requirements on other teams.

If there’s one thing developers love, it’s the ability to reuse code. With containers, you can create base container images, add them to a repository, and pull them down whenever you’re ready to start a new project. Because a base container image is an unchangeable, static file that does not include any executables, it’s both consistent and portable, with the ability to run an isolated process on any infrastructure.

The image consists of system libraries, system tools, and other platform settings that your applications need to run. You can create your own container images, or you can choose from available public repositories. Many software vendors, including Red Hat and Microsoft, create publicly available images of their products. Contact Musato Technologies to learn more about our innovative IT solutions that boost productivity and performance.