Amazon hopes to push Alexa into the office. At the same time, Cisco and Microsoft also see the potential for voice-activated A.I. assistants to automate mundane tasks such as starting video conferences and booking meeting rooms.-Alexa for Business 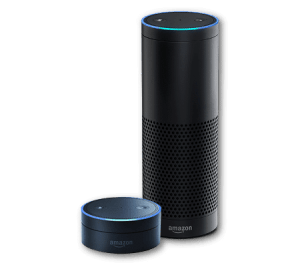 Much as smartphones did in the late 2000s, voice-activated A.I. assistants like Siri, Alexa, and Google Assistant appear poised to move from homes into the workplace. That’s the idea behind this month’s launch of Alexa for Business by Amazon’s cloud computing subsidiary, Amazon Web Services.

The virtual assistant unveiled at the company’s Re: Invent conference, is aimed at automating and simplifying a variety of tedious office tasks. It allows users to check calendars, reorder supplies, set up meetings and kick-off video conference calls using voice commands directed at its Echo devices.

Amazon is not the first to target its intelligent assistant for workplace uses. Cisco, for example, announced its Spark Assistant last month; it’s designed specifically to take some of the pain out of organizing video conferences. Microsoft, meanwhile, has integrated Cortana with its Office 365 applications.

All of those moves serve to highlight the emergence of natural language processing and voice recognition and the potential for a new way of interacting with workplace software.

“Voice will very much have a big part to play in how we collaborate and work over the next 10 years,” said IDC research director Wayne Kurtzman. “The Alexa and Cisco announcements are both key indicators of that.”

There are already tens of thousands of Alexa skills available to consumer users that are now accessible with Alexa for Business; beyond that, Amazon expects companies will start to build their own skills for internal purposes.

Capital One, for example, has built a skill that enables IT staff to quickly check the status of corporate systems and receive updates on high-severity incidents.

Another user, WeWork, has placed Amazon Echo devices around offices at its headquarters as part of a pilot project. The WeWork set-up, touted by Amazon. allows employees to reserve meetings rooms, start meetings and file help-desk tickets.

A range of companies, including Salesforce, SAP SuccessFactors, Concur, Ring Central, and ServiceNow are also integrating their applications with Alexa for Business. Users can also access corporate applications through their home devices, in effect giving them the ability to ask Alexa what important meetings are lined up on a given day and make changes to personal work schedule.

While tools such as Alexa have been around for a few years for consumer use, they are still maturing from a business perspective. Gartner research director Werner Goertz noted in a blog post that the Alexa for Business launch is “a beginning: we are still lacking many necessary features such as (voice-) biometric authentication and speaker recognition from shared office devices, scheduling a call for more than one recipient, and Alexa commands for standard conferencing functions.”

The arrival of A.I. assistants at work raises concerns about access to corporate applications and sensitive data, though Richard Edwards, distinguished research analyst at Freeform Dynamics, argued that voice interfaces offer real advantages. Voice recognition is already used to identify and authenticate bank customers on phone calls, for example, and the same technology could be applied to work settings in future.

“We can use some of that capability and technology to maybe enhance the security element of corporate systems,” Edwards said. “If you were logged in to Salesforce from a laptop in a hotel lobby and wandered off, somebody could access that and, to all intents and purposes, they are you because you have left it logged on.

“Voice interaction provides some very identifiable elements that can add to the layers of security.”

There remain other hurdles to overcome. As with any new technology, it will take time for voice-activated smart assistants to become a familiar method of interaction, despite any benefits of doing so. Edwards sees voice as an inevitable evolution in the computing interfaces, but one that will take time.

“There will be those who are happy to interact using voice and there will be plenty of people for whom it is not for them,” he said. “But just as the touch screen and even the PC and the keyboard were unfamiliar tools and interfaces 20 or 30 years, voice similarly is something that is increasingly becoming part of the environment that we will all get used to.”

As an example of how voice assistants could be used, Amazon integrated Transcribe – a cloud-based voice transcription tool also announced at Re: Invent – with Alexa for Business to provide staff with accurate transcriptions of talking points after a meeting.

“Alexa for Business, though limited in scope today, points to opportunities for deeper integration and workplace productivity enhancements in the future,” Gartner’s Goertz said.- Contact Musato Technologies today to learn how we can assist your business grown.