What is a password manager and why do I need one?

We can’t get through the day without using passwords. So, the use of a password manager is very crucial. From logging into our social media accounts to managing our… END_OF_DOCUMENT_TOKEN_TO_BE_REPLACED

Digital technology and the cloud have transformed the way businesses are run and how they connect with employees, suppliers, partners, and customers—across sites and geographies. However, the corporate WAN is not yet the… END_OF_DOCUMENT_TOKEN_TO_BE_REPLACED

The keys to modernizing legacy IT systems

Legacy technology can hinder your ability to meet changing market dynamics. Here’s how to prioritize and execute IT modernization efforts that drive business value.- legacy IT systems 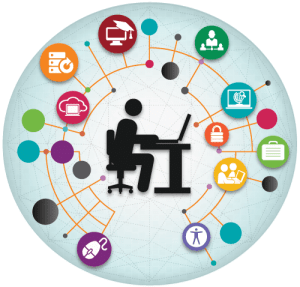 The IT stack at Live Nation Entertainment resembled the setup typically found at most companies of any substantial size and age: a mix of new systems with some older hardware and software.

Similarly, Live Nation found itself in another typical situation: trying to move at the speed of business while dealing with legacy systems not up to the task.

Those situations drove the company’s decision to ramp up modernization, says Jake Burns, the vice president of cloud services at the Beverly Hills-based global entertainment company.

“For a couple of years, I and my peers were starting to feel that way. But then, at the end of 2015, the senior leadership made a decision to modernize IT. It became my project in 2016,” he says.

Since then Burns has led Live Nation’s multiphase modernization efforts. The first phase involved ditching much of the corporate on-premises data center and migrating its applications to AWS, a move that increased efficiency and speed while decreasing costs. END_OF_DOCUMENT_TOKEN_TO_BE_REPLACED