What’s all the buzz about 5G technology?

5G technology or the fifth generation of mobile Internet connectivity is making a lot of news these days. Why does 5G merit so much attention?

If you are uncertain about what 5G technology is, and why it’s important, you’re not alone. According to some reports, even the elites at Davos didn’t understand what it’s all about. 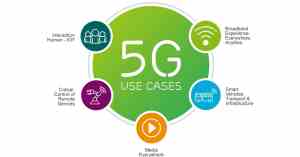 5G is the next evolution in wireless networks. 2G permitted voice transmission. 3G ushered in the “app” revolution by enabling an advanced level of mobile Internet and data connectivity. And 4G dramatically improved speed to serve the massive increase in mobile data traffic.

Now comes 5G with its hugely faster speed, improved reliability, and energy efficiency. Here’s a closer look at the improvements it will bring.

Speed: 5G will allow for 10X faster speed than 4G. That means moving from 10 megabits per second to 100 megabits per second! You’ll be able to download a movie on your phone in seconds rather than minutes. And the connection will be stable—you and your phone can be moving quickly, but the data flowing to your phone will continue to come through.

Real-time communication: 5G is expected to reduce latency—the time it takes for two devices to communicate—from 50-100 milliseconds (ms) currently to 20 ms and, depending on network configuration, to even as low as 5 ms or 1 ms. In the healthcare field, for example, this will allow a doctor to remotely guide robotic probes to perform surgery.

Connection density: 5G allows for many more connected devices per square kilometre—1 million compared to just 2,000 for 4G. This means it’s unlikely the Internet will ever become congested.

But that density comes with a trade-off. The spectrum used for 5G has a direct impact on how far signals will travel and the type of coverage provided. Because of the way 5G works, more cellular base stations will be needed.

These are likely to be small units of receivers and transmitters attached to utility poles. Another drawback is that physical objects can block 5G waves more easily; even tree leaves can block them, according to a report by the Wall Street Journal.

The industry is reported to be finding ways to overcome this issue. One of these technologies is known as beamforming—it directs signals to individual devices, instead of beaming out waves in all directions (which is how current 3G and 4G technology work).

Energy efficiency: Your phone’s battery should live for over 10 years compared with two or three years currently. As well, once the 5G network is fully implemented, most of the computing will be done on the network, not your phone, which means your phone’s battery won’t need to be recharged as often.

In fact, according to Verizon’s CEO, Lowell McAdam, the battery charge could last for a month! The network’s energy efficiency allows it to transmit more data without using more resources, lowering operational costs.

One important feature of 5G that hasn’t received a lot of attention is network virtualization. Currently, all connected devices receive the same priority when accessing the network, often creating bottlenecks at peak times. By contrast, 5G enables the creation of virtual networks, meaning that different tiers of service (latency, bandwidth, security) can be deployed on the same physical network infrastructure.

This is one of the potentially most disruptive aspects of 5G because it will allow telecommunications companies to charge different rates for different levels of service.

How will 5G change the economy?

5G technology has the potential to transform our society. As more devices—such as phones, vehicles, drones, and other objects—are connected to the Internet, they will be able “talk” to each other, that is, share information and take actions.

Imagine some of the possibilities

Autonomous vehicles will rely on vast amounts of data to maintain safety. Systems in a car will transmit data, allowing the vehicle to be monitored and maintained remotely.

The car’s cameras will collect data about its surroundings—people, animals, other cars, traffic lights and other infrastructures like on-ramps and curbs to avoid accidents. Global Positioning System (GPS) technology will inform the vehicle’s navigation system of where it is and what traffic issues are coming up on its journey.

Autonomous and electric vehicles using 5G networks have the potential to revolutionize the way people use their car. One study estimates that services like Uber using driverless electric cars will be up to 10 times cheaper than owning a car.

This could lead to an important decrease in car ownership rates in the next 20 years and may have repercussions for the automotive, insurance and oil industries.

By relying on 5G, the Industrial Internet of Things will permit manufacturers to use more robots and machines communicating in real time to produce more efficiently—as much as an 82% increase, according to the 2014 Manufacturing Outlook Survey by the American Society for Quality—due to less idle time for machines and workers, fewer errors and less waste.

As robots and machines take over more of the routine manufacturing tasks, traditional manufacturing jobs in advanced economies are expected to decline, as has been the case since the 1970s. Tech-savvy, creative workers will be needed to deliver more services related to manufactured goods.

In the mining, oil and gas sector, robots are likely to do more of the remote location work. Cameras and sensors will monitor oil pipelines, and by using data and advanced analytics, companies will be able to predict when a crack could happen and deploy robots to prevent a major leak, reducing labor costs and accidents.

The logistics industry has already undergone dramatic changes with the rise of e-commerce and with 5G that transformation will continue. With 5G allowing for real-time control of drones, inventories could be restocked and packages delivered to remote locations, saving time and reducing costs. This could have implications for the shipping and trucking industries.

Smart cities will be better able to manage public health and safety. For example, emergency services will respond faster to incidents. Crime may diminish. Traffic congestion should decline. With smart meters, homes and businesses will use water and electricity more efficiently and utility providers will refine their peak/non-peak pricing plans using consumption data to better forecast energy needs.

By using energy more efficiently, pollution should decrease. According to the Global Commission on Economy and Climate, smart cities may save the world as much as US$22 trillion by 2050.

In the United States, Verizon and AT&T rolled out 5G last year in several cities including Atlanta, Dallas, Sacramento, Los Angeles, Houston and Indianapolis with broader coverage to come this year.

In Europe, at least one city in each European Union country has 5G. South Korea is launching its 5G network this month (March 2019). China Mobile plans to offer full 5G service by the end of this year.

In Canada, 5G is being tested currently, with broader coverage expected in 2020.

What does it mean for entrepreneurs?

Contact Musato Technologies to learn more about our innovative ICT technologies can boost your business productivity and profitability.